The Hellenic Foundation for European and Foreign Policy (ELIAMEP), the European Platform of Regulatory Authorities (EPRA) and the Association of European Journalists (AEJ) co-organised the final conference of the MEDIADEM project on ‘Media freedom and independence: Trends and challenges in Europe’. The conference took place on 7 February 2013 in Brussels.

The aim of this event was to present the project’s comparative research findings and to put forward succinct policy suggestions for the development of free and independent media in contemporary democratic societies in Europe. The conference gathered over 140 representatives of the broader European media policy community, the media and its professionals and civil society associations active in the field of the media.

The conference was welcomed by Dr Philipp Stiel of the Representation of the Free State of Bavaria to the European Union and Dr Simon Schunz, research programme officer at DG Research and Innovation, European Commission.

The first session was devoted to the MEDIADEM project. Professor Fabrizio Cafaggi and Dr Federica Casarosa of the European University Institute presented MEDIADEM’s comparative findings concerning fundamental rights and media regulation. Professor Epp Lauk of the University of Jyväskylä discussed the project’s main findings in relation to journalistic autonomy and freedom of expression in the 14 countries covered by the project. The presentation of Dr Dia Anagnostou, senior research fellow at ELIAMEP, focused on the freedom and independence of public service media in a plural media environment. Dr Andrej Skolkay, director of the School of Communication and Media, and Dr Juan Luis Manfredi, senior lecturer at the University of Castilla-La Mancha, presented the project’s comparative findings with respect to new media services and their regulation.

The meeting continued with two roundtables. The first one focused on the ‘role of state and non-state actors in promoting media freedom and independence’. Panelists debated the recommendations of the MEDIADEM project targeting policy makers and other stakeholders at the national level.

The second roundtable was dedicated to the ‘role of the European Union and the Council of Europe in promoting media freedom and independence’. 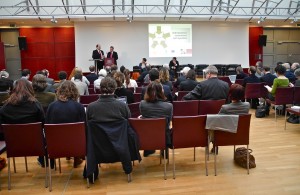 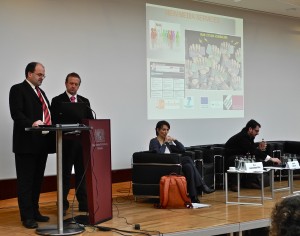 For more information about this event: http://www.mediadem.eliamep.gr/press-release-mediadem-final-european-conference-in-brussels/